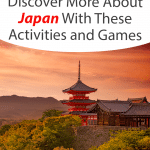 One fun thing to do with your girls is to teach them about another country everything from the people of country, weather, culture, food and more. You can center your whole meeting around teaching the girls about Japan.

You can center your whole meeting around teaching the girls about Japan. I’ve included some general facts about the country.  Then beyond just the facts I have provided a pile of games, activities, fun patch suggestions, and other resources to make your event fun and educational.

Learn Everything You Can About Japan

Did you know? In Japan, it is acceptable to take a nap, called inemuri, on the job—it is viewed as evidence of exhaustion from working very hard.

Geography in Japan: Japan is an archipelago, a string of islands, on the eastern edge of Asia. Japan consists of four main islands: Honshu, Hokkaido, Shikoku, and Kyushu, and nearly 4,000 smaller islands. Almost four-fifths of the country is covered with mountains. The Japanese Alps run down the center of Honshu, the largest island. Mount Fuji is the highest peak of these mountains and is a cone-shaped volcano that is considered to be sacred by the Japanese. Besides Mount Fuji, Japan has about 200 volcanoes in total, 110 of which are still active.

The people of Japan: Japan has a population of around 127 million people. One-third of all Japanese people live in Tokyo, the capital of the county.

Customs in Japan: In the Japanese culture, it is customary for individuals to remove their shoes when entering a house, restaurant, or hotel. The idea behind this is to keep all dirt outside of the establishment.  It is considered very impolite to enter a home with your shoes on.

Bowing, known as ojigi, is also another important custom in Japanese culture. Japanese bow to almost everyone as it is a sign of respect. How many times a person bows and how deeply they bow shows the person’s level of respect to the person they are bowing to. 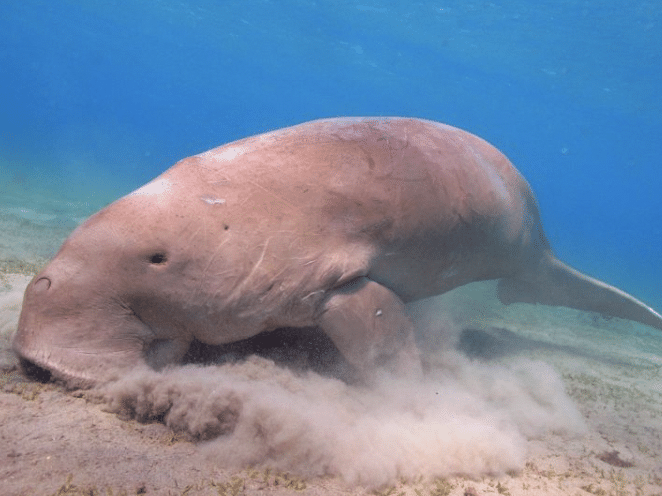 Animals in Japan: There are a wide range of animals in Japan that are strictly native to the country. The first of these animals is the dugong. The dugong is a herbivorous marine mammal that has a large body that is cylindrical and tapered at both ends. The dugong has skin that is thick and smooth and is pale at birth but becomes darker as it ages. The dugong is referred to as a “sea cow” and they are located in the warm coastal waters of Japan. 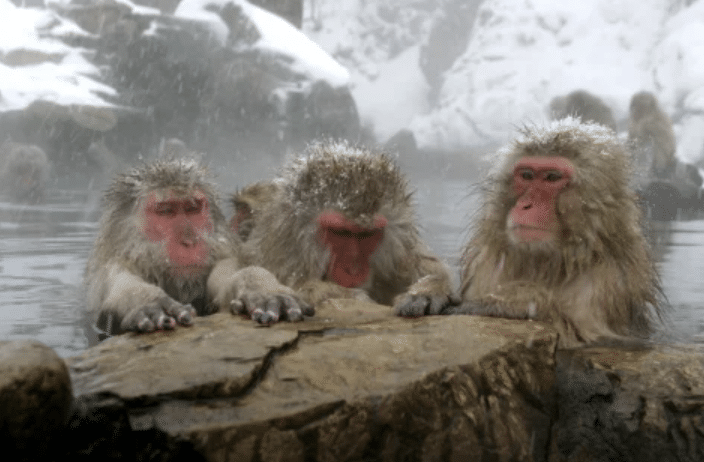 The Japanese macaque, better known as a snow monkey, inhabit the ski resorts in the mountainous areas of Japan. These monkeys like to play in the  natural hot springs, to keep warm in the winter time. The macaque are peaceful animals and have become a tourist attraction with their very human-like personalities.

Government in Japan: Japan is the only country in the world with a reigning emperor. The current emperor of Japan is named Naruhito, and he has been in his position since 2019. Emperors have no real power but are instead a symbol of the country’s traditions and unity. The crown is typically passed down from a father to his son or his grandson. Japan has a parliamentary government. This means that the government is made up of a cabinet of members who make decisions on legislature.

Economy in Japan:  The Japanese currency is called the yen and is equal is 0.0091 of a United States dollar. Japan manufactures popular brands we use everyday such as Toyota, Sony, Fujifilm, and Panasonic. Manufacturing is one of Japan’s strengths but the country itself has limited natural resources. Robotics is one of Japan’s most promising fields for economic growth- Japan leads the world in technology.

Armed Forces in Japan: The armed forces is Japan, known as the “Japan Self-Defense Force,” also called the JSDF,  is the military defense force in Japan. The JSFD was created in 1954 are are the fourth most powerful military based on their capabilities. Recently, these forces have engaged in international peacekeeping.

Japan also has a popular military high school that is run by the nations army and referred to as the “Japan Ground Self-Defense Force.” Three-hundred students gain admission to this high school every year. During their time at this school, students participate in activities such as building robots and practicing martial arts.

Language in Japan: Japanese writing consists of three different sets of characters. The first set, called Kanji, is made up of several thousands of Chinese characters. The second and third sets, Hiragana and Katakana, consist of 46 characters each and together are called Kana. Japanese texts can be written in two ways: Western style of traditional Japanese style. In Western style, the text is written in horizontal rows from top to bottom while in the traditional Japanese style, the text is written in vertical columns from the right to the left side of the page. Japanese books also start at the ‘back.’

Religion in Japan:  There are two major religions in Japan- Buddhism and Shintoism. Shintoism focuses on the belief that spiritual powers manifest in natural places such as mountains, rivers, people, and animals. In Shintoism, there are several main expressions including worshiping at local shrines, folk beliefs/practices, sacred scriptures. Buddhism is based on the teachings of Gautama Buddha and Buddha means ‘The Awakened One.’ In Buddhism there are ‘Four Noble Truths’ that are about suffering and ‘Four Immeasurables’ which are loving-kindness, compassion, joy, and equanimity. Meditation is a very important part of Buddhism because through meditation, Buddhist can clear their mind. Some Buddhist chose to leave their families to become monks (men only) or nuns (women only). These Buddhists dedicate their lives to sharing the teachings of Buddha.

Education in Japan: The school system in Japan is composed of elementary school, which lasts six years, middle school, lasting three years, high school, lasting three years, and university, lasting four years. Education is only required for the nine years of elementary and middle school, but most students choose to go onto high school. Japanese children enter first grade of elementary school in April after their sixth birthday. These students study Japanese, mathematics, science, social studies, music, crafts, physical education, and home economics. Many schools also offer an English class and information technology is increasingly being taught. Students also learn traditional Japanese arts such as shodo (calligraphy) and haiku (a form of poetry). Classes in schools are also divided into small teams for many activities and sports such as judo, are played.

Food in Japan: Japanese food consists mainly of rice, fish, and vegetables with little meat. There is also little fat or dairy in their diet, and since their diet is very healthy, Japanese people, on average, live longer than any other people in the world. Here are some popular Japanese foods:

Recreation in Japan: There are many recreational activities that Japanese people enjoy. One of the more popular activities, sumo, is a style of wrestling and Japan’s national sport. Sumo wrestling has a religious background and following tradition, only men can practice this sport recreationally. Sumo wrestling has simple rules: the wrestler who exits the ring or touches the ground with any body part other than his feet loses. The matches take place on an elevated ring made of clay and sand and usually only last a few seconds.

Judo is another popular Japanese martial art and a sport of the Olympics. Judo emphasizes the training of a person’s body and spirit. There are three basic categories of techniques in Judo which is throwing, grappling, and striking. 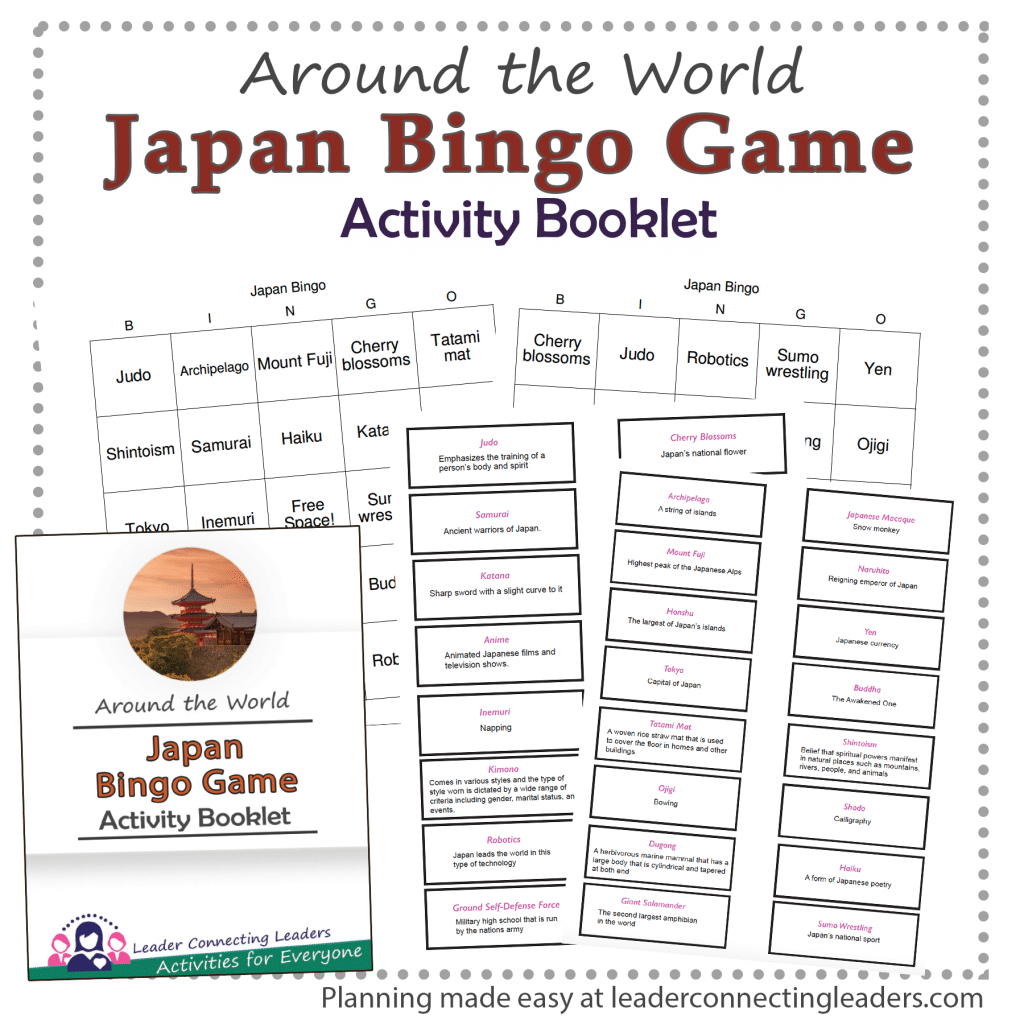 You may enjoy teaching your girls facts about Japan while playing a game of bingo. In this bingo game there are 24 different Japan facts your girls will learn about playing the game. When you draw a fact listed on the bingo cards you can also tell your girls a little bit about what each of them mean. After one game play again and have girls tell you what each fact means. Learn more and get your Bingo game to play with your girls.

If this is still not enough Japan inspiration. Checkout my Japan Pinterest board where I share all kinds of other great ideas people have shared online for Japan that you can incorporate into your event.

I enjoyed learning more about Japan, I hope you did too.

Discover More About Russia with these Activities and Games

Discover More About Vietnam with these Activities and Games 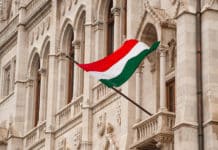 Discover More About Hungary with these Activities and Games

Featured Product Of The Month 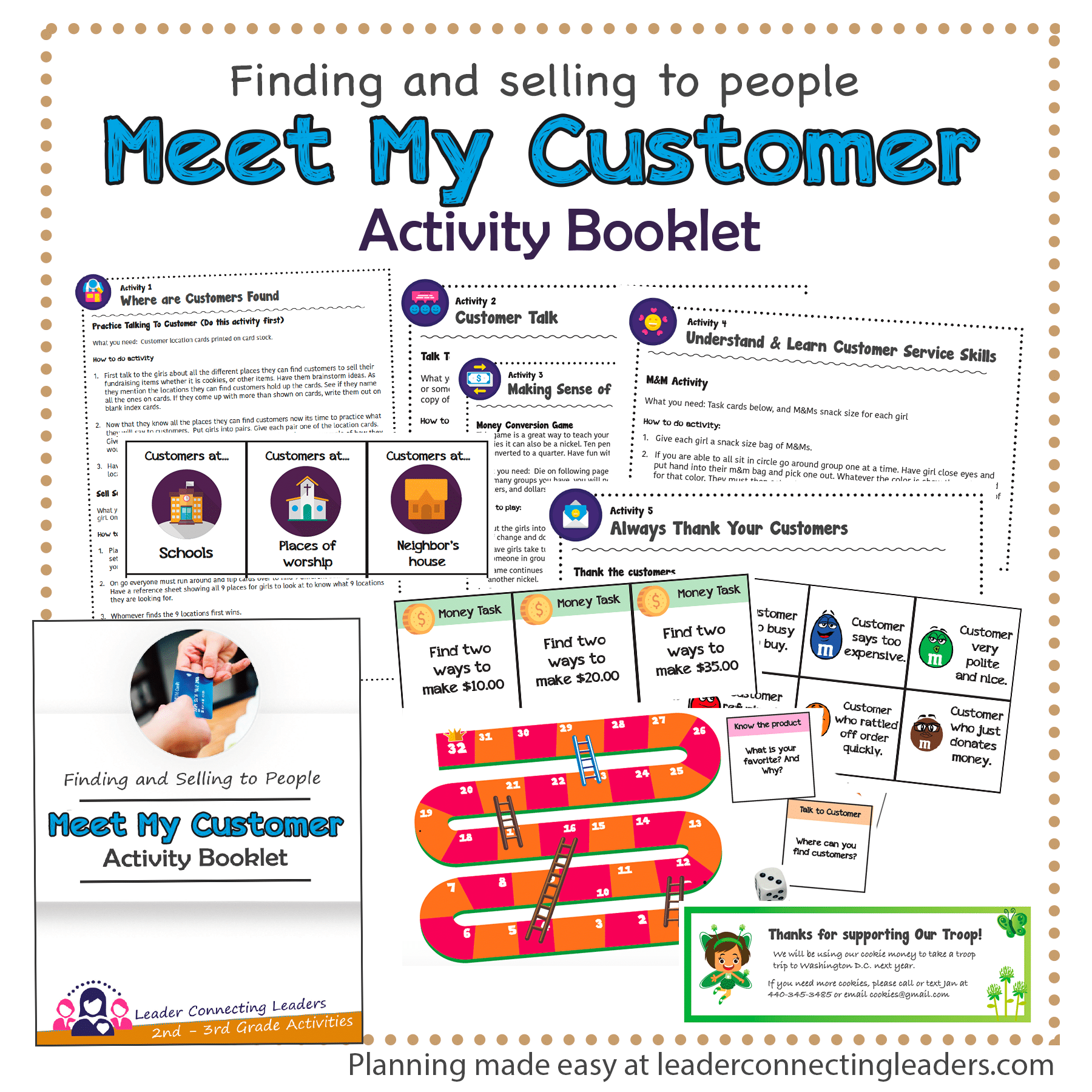