Over the years as a leader I have tried a number of different games using balloons.

Scouts is all about the girls, if your girls are not having fun it is time to change what you are doing. A question I was asked by a another leader recently; “What do I do if my girls are getting bored with the Journey books?” The answer is to step away from the books and play a game, do a craft, or other activity.

Before jumping into the balloon ideas here are some other great games to play with your Troop at your meetings. They are great ways to break up badge work and get your girls up and moving:

There are many times you will find at your meeting the girls need a change of pace. It is great to have some activities on hand; I have found balloon games are a great step away activity to do during your meeting. It takes little preparation, just make sure you have a package of balloons on hand and a list of games available. One thing to remember is balloons and noise go hand in hand, so if you need the group to keep the noise level down do not bring out balloons. Get a large bag of balloons here

12 Games To Play With Balloons

Form two lines each girl gets one balloon, put between knees and race to a basket at the finish line and they had to pop it by sitting on it, then they raced back, and the next girl and line continued doing the same, as each girl returned to her line she went to the back and set down that way we knew which team was first done. Hint if you do this with the younger scouts you may have to give them something to pop it (example plastic fork) we had girls that were to light and all they did was pounce on it, cute photo op. First team that has popped all there balloons wins.

You will need about 10-15 balloons and place them on the floor. Each girl has 2 minutes (use a timer) to pick up and hold as many balloons as possible. They must pick up the balloons all by themselves without help, put them in their clothes, between their legs, under their arms, between their teeth, etc. Each girl takes a turn while the others watch and laugh themselves silly! The guest who holds the most balloons when their time is up is the winner.

We placed notes inside all the balloons, we found out the more the better, we put winner on some of the notes and others were just blank. We allowed the girls to pop as many as they could until they were all popped. Girls collected all the notes and prizes given to winners.

Round Up the Sheep

We formed two teams; we used two brooms, white balloons(white sheeps), and black balloons (black sheep) we always had a few extra for breakages. We set up orange cones they had to maneuver around, they had to get there sheep to the corner into a pen, two chairs laying down to represent it. The girls in each line has one sheep of their color, each girl in the line takes the broom and a sheep and runs the course, returns to line with broom and hands to next girl and this continues until all girls have had a turn, first line done first wins.

We formed two teams facing forward , we had the girl in the front of line to place a balloon between her knees, start of game first girl turned around to pass to the next girl. The idea is to pass the balloon from girl to girl just by using their knees (no hands) If the balloon fell to ground the team had to start over again. First team done wins.

We gave each girl a balloon and piece of yarn 18in. long and they tied it around her ankle. We informed the girls the idea of this game is to protect your balloon but pop everyone else’s. last girl with a un-popped balloon wins. Suggestion …have boundary’s and as contestants get smaller make boundary’s smaller.

Balloon – Do What I Say

We blew up balloons and put messages in each one, examples: like sing a song, do jumping jacks, do a dance, and we did questions like when is Juliette low’s birthday, do anything your choice etc. We formed a circle and each girl grabs a balloon and one by one goes into middle pops it and follow instruction on note. No winner just a fun activity.

Balloons in the Pants

We had girls help blow up lots of balloons and we placed in middle of floor, we formed teams of 5. We gave the groups each a XL sweat shirt. The game was who can stuff the most balloons in their clothes .The 5 girls picked one person to be the one they would stuff and the other 4 stuffed her. The winning group was the one with the most stuffed in her clothing.

We formed teams and each of the girls blew up a balloon then on GO they rubbed on their hair or clothing to cause static electricity the team stuck the balloons on wall the team with the most stuck on wall wins. They had about 10 min. to complete.

We have done this several ways:

We played this game at our summer day camp. We gave both sides bed sheets and we filled several water balloon the more the better. The girls formed teams enough to cover each side of the sheet. The girls had to work together to fling the balloon out of the sheet to get it to the other teams sheet. The other team will try to catch and then throw the balloon back to the other side. We scored based on water balloons broken per side
VARIATION IDEAS: Water balloons or with the large groups use large balloons more water explosions… You can also play this game with beach towels 2 to a team. We didn’t use a net but a net could be used.

Everyone is given a balloon, Identify each girl by writing their initials on the balloon with a felt tip pen. When the game begins all the balloons are thrown into the air. The aim is to keep your own balloon in the air by batting or hitting it with your hand, while at the same time attempting to knock other player’s balloons to the ground. When a player’s balloon touches the floor they are out. Last balloon floating wins!

Do you want to save a copy of these games for your next troop event. Here is your copy of 12 Balloon Games

Enough Games to Keep Your Troop Busy For Years 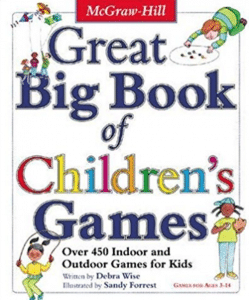 If you still can’t find a game you like after reviewing all these ideas maybe you need the Great Big Book of Children games. It comes with over 450 indoor and outdoor games. It is broke down in categories so if you have a ball checkout all the ball games, looking for relay games there are pages and pages of ideas for that as well. It is so worth the money and you can have the resource on hand at every meeting if you run out of things to do or need to break up your meeting during badge work. Great Big Book of Children’s Games: Over 450 Indoor & Outdoor Games for Kids, Ages 3-14 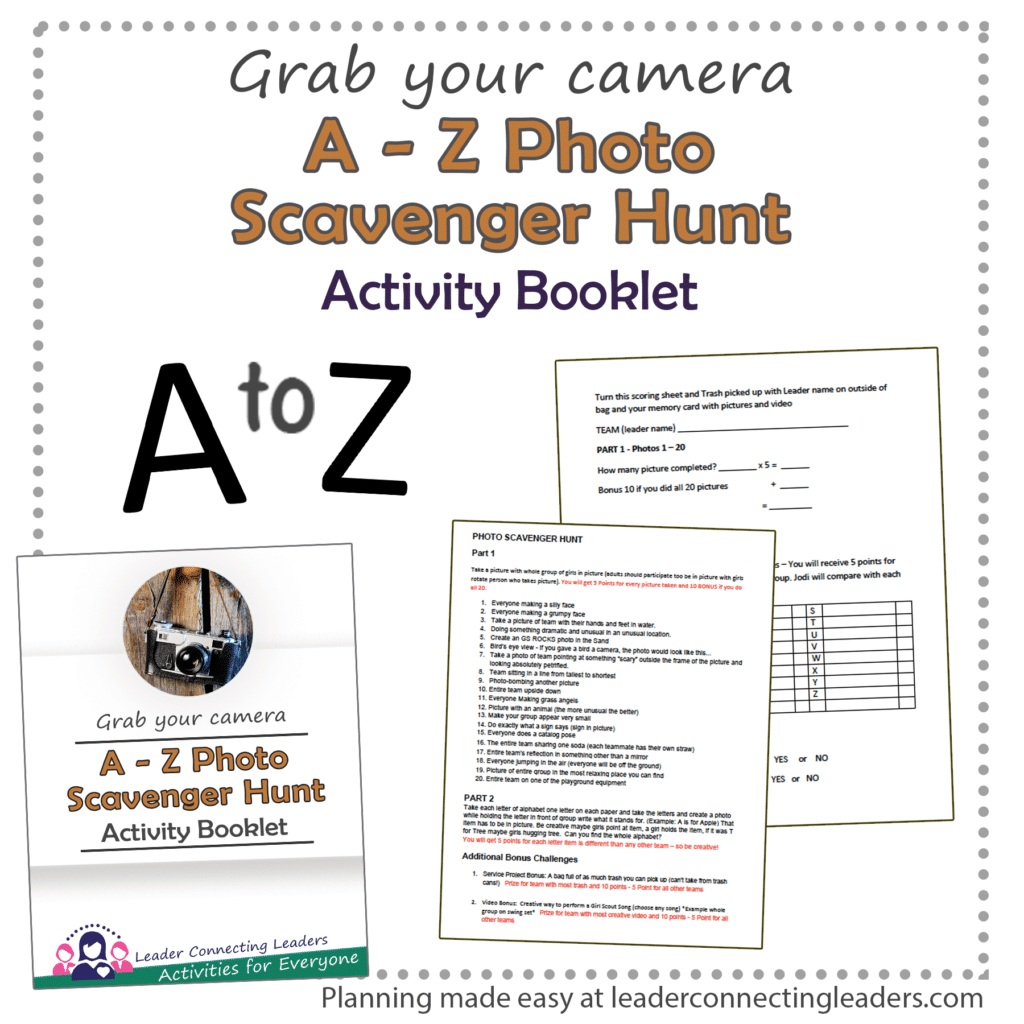 Use these directions to run your very own Photo Scavenger hunt from beginning to end no planning necessary. Just follow the steps and your good to go.

You can bring your balloons along for extra props. Get your planned event now. 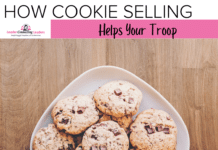 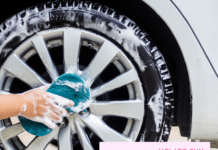 How to Run a Car Wash Fundraiser with Your Troop